We’ve got a bird: the majestic bald eagle. We’ve got a march: “The Stars & Stripes Forever.” We even have a tree: The oak. Yet, in our eating-obsessed culture, we don’t have a national food.

This grilling season, the folks at Kingsford® charcoal decided that needs to change.

Kingsford, the first name in backyard BBQ, has launched a petition to make BBQ Ribs the official food of America.

And it’s not acting alone. In addition to gathering the assistance of many of America’s top pitmasters, Kingsford has formed an alliance with one of America’s best known rib cookers — and eaters.  Football star Vince Wilfork.

Kingsford and Vince Wilfork are asking Americans to #StandWithRibs

Over the past few weeks, Kingsford and Wilfork have taken to social media and the traditional airwaves to make the case for this important national policy. Armed with his trademark colorful language and unbeatable fashion sense, Wilfork has made his plea with media as diverse as The Washington Post and ESPN SportsCenter.

But why ribs?  Because there’s nothing better or more American.

While some might argue for standard cookout fare like burgers or hot dogs — also, mind you, cooked on a grill — Kingsford believes BBQ ribs are the more American choice. They bring people together, are great for sharing (nobody eats a whole rack of ribs) and, like any great national dish, give a pass to any pretension. Grab a bone with your hands. Forks and knives can’t be a part of our national food. 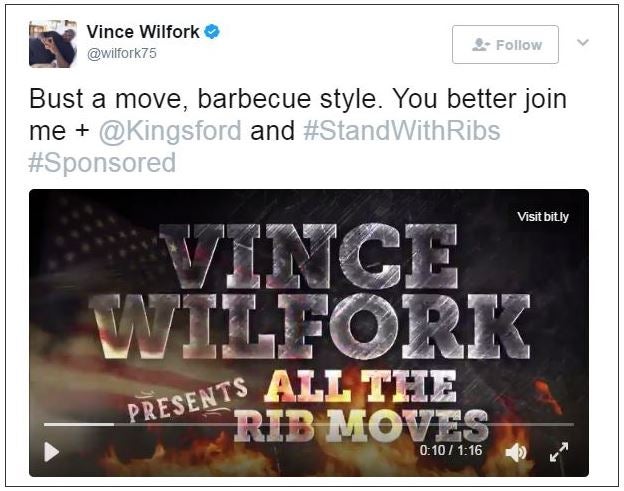 Vince Wilfork took to Twitter to encourage America to #StandWithRibs

While the effort is decidedly tongue in cheek, it serves a larger purpose for the Kingsford brand.

With the introduction of Kingsford Long Burning, a charcoal that burns 25 percent longer than Kingsford Original, it’s easier than ever for people to take on traditional staples of low-and-slow barbecue in their backyards. The campaign for ribs is designed to encourage people to get outside and try something new on the grill.

The effort will run through the summer — or until the U.S. government does the right thing and makes ribs the official national food. Next steps in the marketing effort include a focus on making Father’s Day a day of ribs — complete with a media partnership with Country Music Television and, due to popular demand, an online sale of the Ribs hat Vince Wilfork wore so boldly in the launch video.

You can also make your voice heard: Sign the petition and #StandWithRibs. 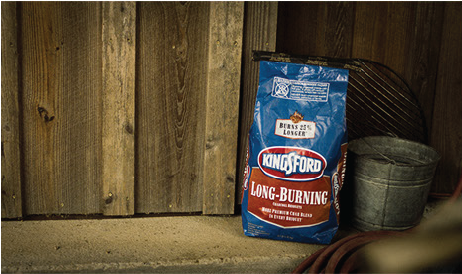