Football star Vince Wilfork is pretty much the perfect spokesperson for Kingsford.

Funny, engaging, passionate about BBQ — he taught himself how to weld so he could make his own smoker — and, clocking in around 300 pounds, he’s a guy most people figure to know a thing or two about food. 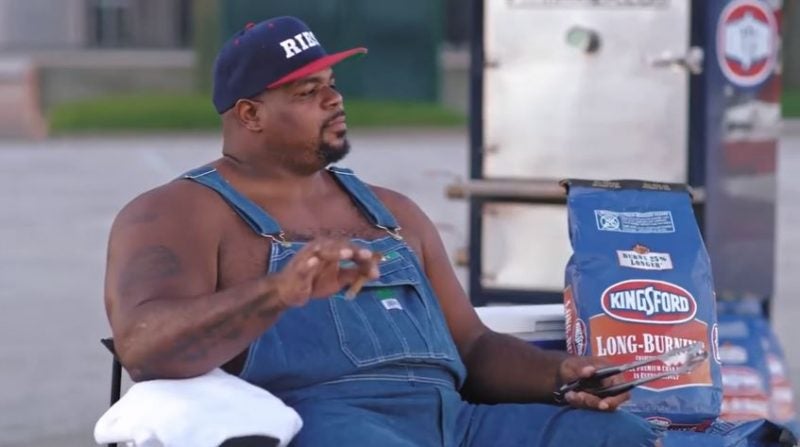 Vince Wilfork is ready to retire.

The Kingsford® brand’s first partnership with Wilfork — a tongue-in-cheek effort to make BBQ ribs the official food of America — blew us away. His expletive-filled rant against boiling ribs became a viral sensation.

So when Wilfork mentioned during our video shoot that he might soon be hanging up his cleats to spend more time around the grill, the Kingsford team saw an opportunity.

The end result: a 56-second retirement video the media are calling the first-ever branded retirement announcement.

Wilfork released the video via Twitter on August 8. That tweet was the first announcement of his retirement.

It’s been billed as the first-ever branded retirement, a clever new way for social media-savvy celebrities and brands to engage with the public. It speaks to our focus on digital, which now accounts for 45 percent of our marketing spend. 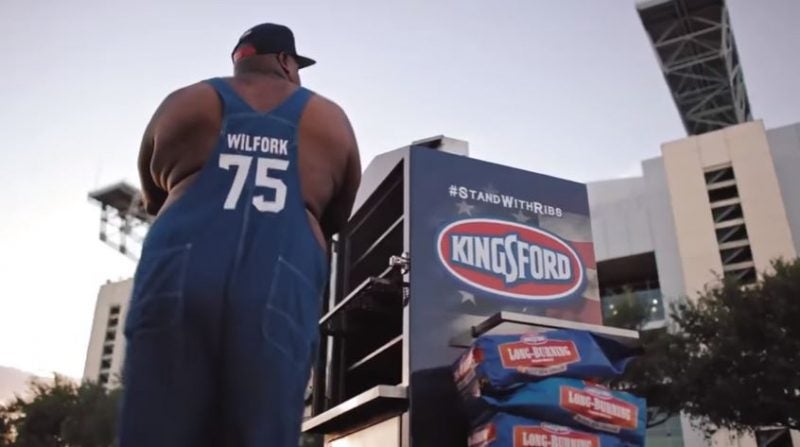 Impressive as the social media engagement was, the interest from news media probably outstripped it.

Wilfork’s unique branded retirement has been featured by a huge array of media, ranging from the Washington Post to ESPN to CNBC.

Next up, Vince Wilfork and Kingsford will host a farewell tailgate in New England timed with the Patriots’ home season opener. Kingsford will partner with local and national retailers to pull off what promises to be a memorable event. 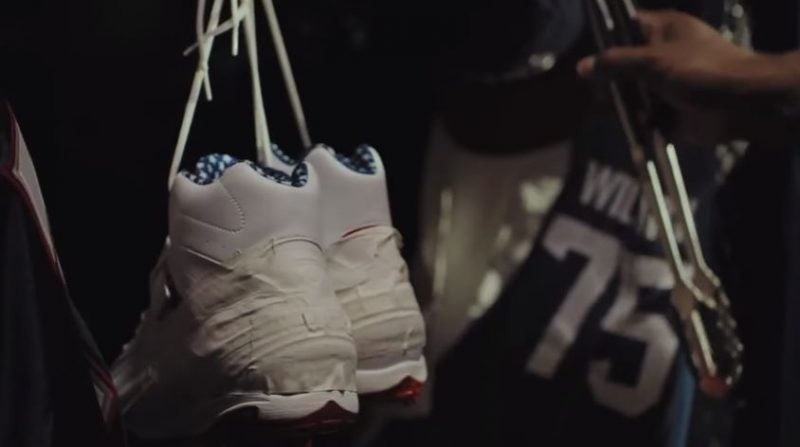 Vince Wilfork announced his retirement from football, trading his cleats for Kingsford charcoal and grilling tongs in this video.