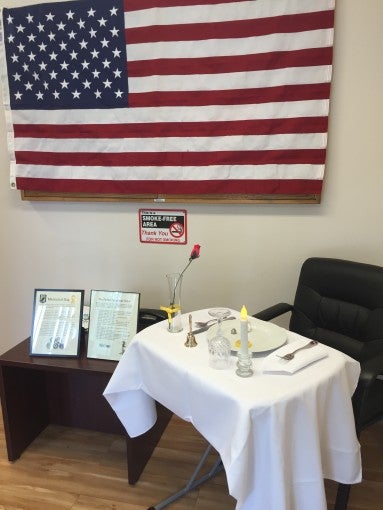 For many of us, Memorial Day is a holiday to enjoy time with family and friends away from work — the unofficial start to summer. We may grill with Kingsford® charcoal and KC Masterpiece® barbecue sauce or brave the crowds for the opening of a summer blockbuster movie.

But for more than 7 percent of Americans who are U.S. military veterans, Memorial Day has a more sacred meaning. Memorial Day, unlike Veterans Day, is a day to remember the men and women who died while serving in our nation’s military.

This year, my Clorox colleague Ryan Beverly, a former Marine and current senior operations planner in Alpharetta, Georgia, has brought to Clorox the “fallen comrade table.” It’s a military tradition honoring those who lost their lives while serving in the U.S. military. In honor of this sacred tradition, 27 Clorox locations in the U.S., both plants and offices, are setting up their own fallen comrade tables. 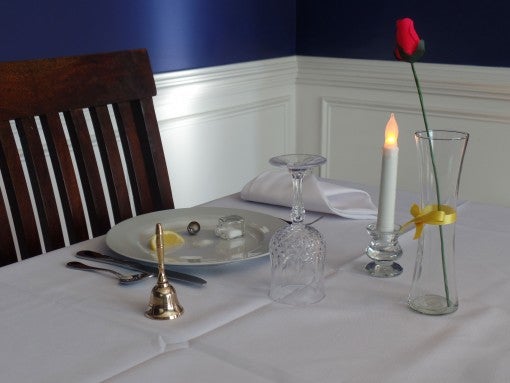 A fallen comrade table at the Clorox offices in Alpharetta, Georgia.

In the military, a ceremony dictates how each remembrance table is set, and the following words are spoken as the table is laid:

“The table that stands before you is a place of honor. In setting this table, we acknowledge those missing from our celebration tonight. And we remember them.

Until the day they return home, or find eternal peace, we will remember.” 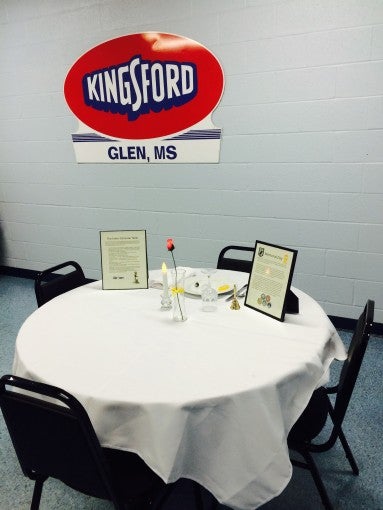 At Clorox, we established the Veterans Network (VetNet) Employee Resource Group to recruit, support and engage with veterans both within and outside of Clorox. As a company that’s been repeatedly recognized for supporting workplace diversity, we value attracting, promoting and retaining military talent. We believe veterans bring highly desirable traits such as real-world leadership, integrity and an ability to overcome adversity that makes them a natural fit to thrive in our corporate culture.

VetNet helps former military personnel and their families navigate some of the complexities that exist when transitioning to a civilian workplace, and it understands the unique challenges of Reservists and members of the National Guard. 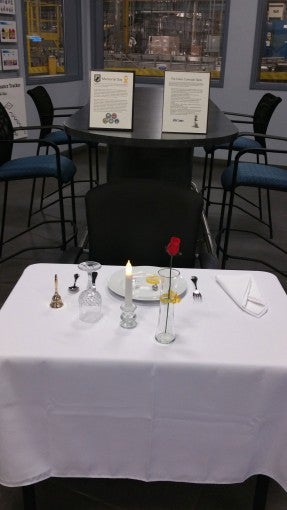 A fallen comrade table at the Clorox plant in Forest Park, Georgia.

2016 marks the 150th anniversary of Memorial Day. The holiday began in 1866, when Waterloo, New York, became the first U.S. community to honor the war dead (204,070 in the U.S. Civil War alone) with a formal, well-planned, village-wide observance.

This Memorial Day, I encourage all Americans to remember those who gave their lives in the defense of their country and to consider setting up a remembrance table of their own.