Forty-five years on, the Hidden Valley brand has grown far beyond its rural California beginnings. Ranch is a category all its own, a flavor beloved the world over, and not just on salads.

Take a look through the images below and see how the Hidden Valley brand has evolved through the years — both in packaging design and in the flavors offered.

Throughout, this is a brand in touch with its time.

Nobody at Clorox remembers this character’s name — even some of the real old-timers I called. We call this fellow the dancing cowboy.

I always loved the name Party Dip. It clearly describes what this is best as. It’s one of my favorite products we have! 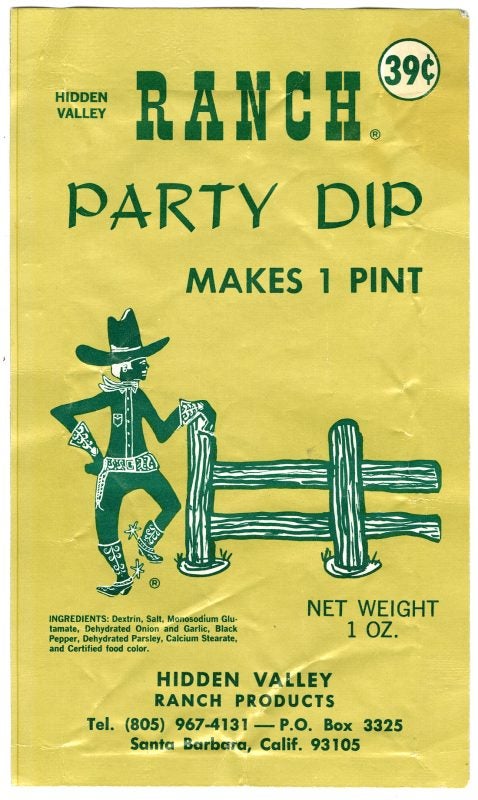 We refer to this as BMO (Buttermilk Original). When we bought the brand in 1972, BMO was the biggest seller by far, and it’s still the standard for the food service channel. But now MRO (Milk Recipe Original) is by far the biggest dry seller in retail stores. 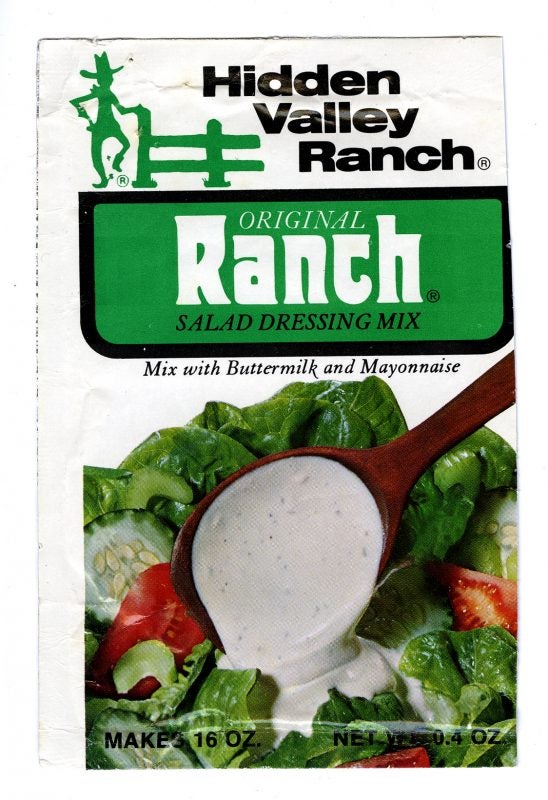 We still have the Blue Cheese and the Creamy Italian formulas going in the food service channel. Thousand Island and Green Goddess are long gone. The Blue Cheese is the tastiest blue cheese on the planet, in my opinion, and I’d love to bring it back to retail. 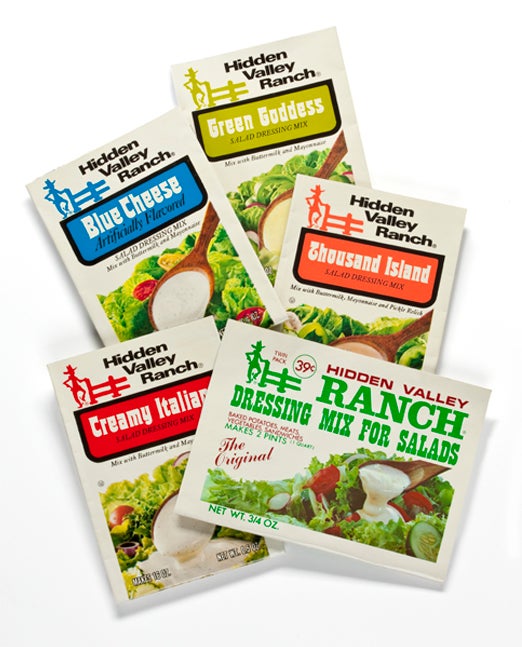 Hidden Valley Ranch dressing packets from the 1970s. Some of these flavors still exist; others are history.

We used to have a huge lineup of dry dip products. Our dry products all get mixed with sour cream instead of milk and mayonnaise. 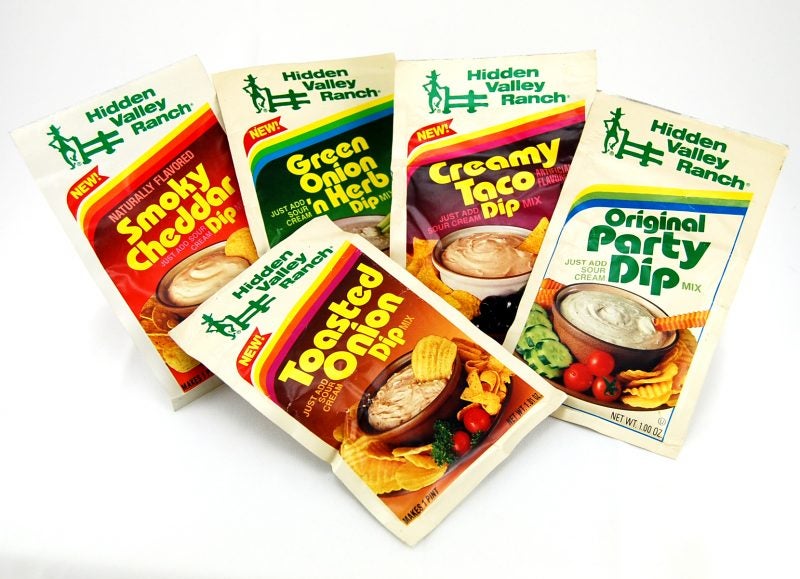 Check out the ’80s graphics on these party dip flavors.

We no longer have a Reduced Calorie Dry product, but if we did it would be called “light.” Oil and Vinegar Herbs and Spices Dry Dressing Mix is still sold in the foodservice channel. 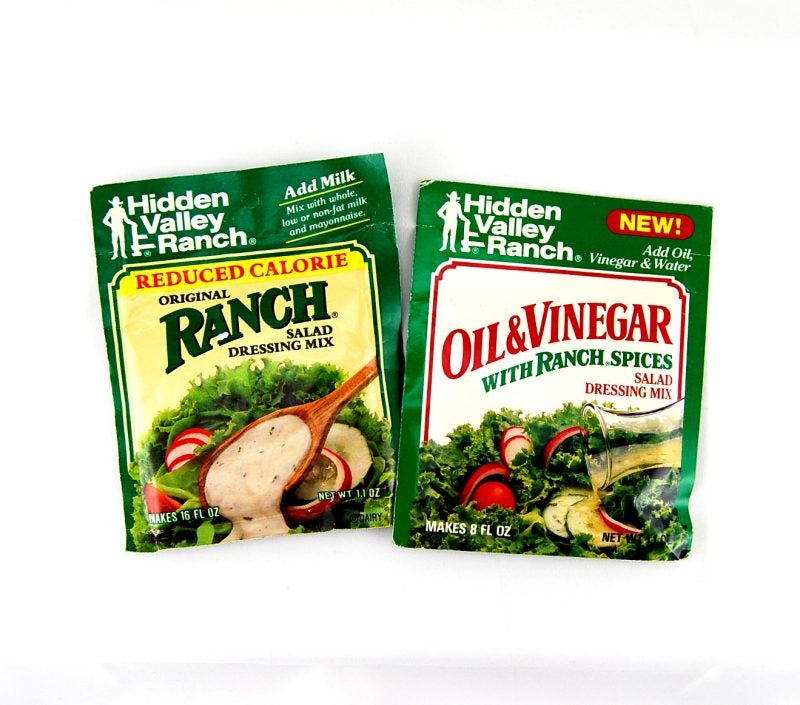 1986. Low-calorie dressings and vinaigrettes were a bona fide fad in the mid-1980s.

Most of these flavor dry mixes are gone now. We had lots of issues years ago with the bacon poking through the pouches. 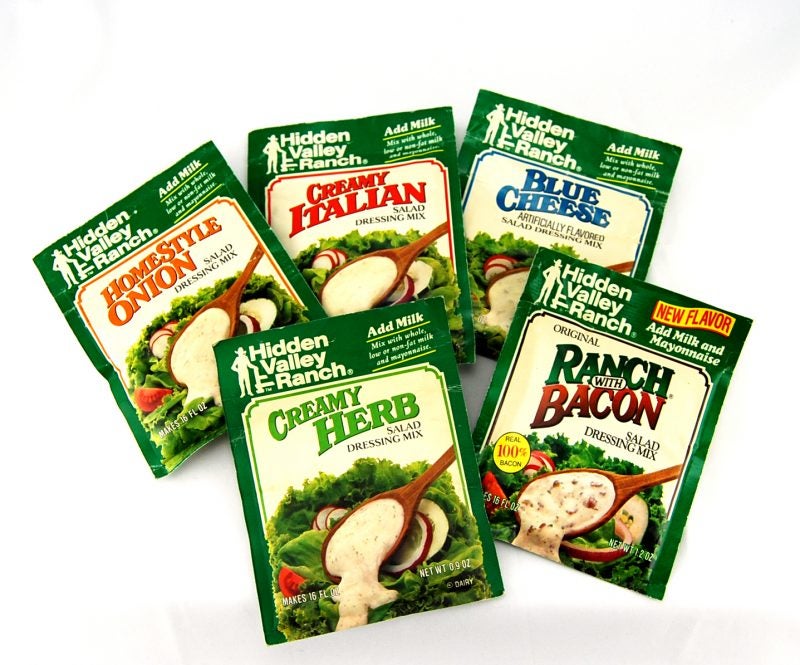 We introduced our first bottled salad dressings in 1983. 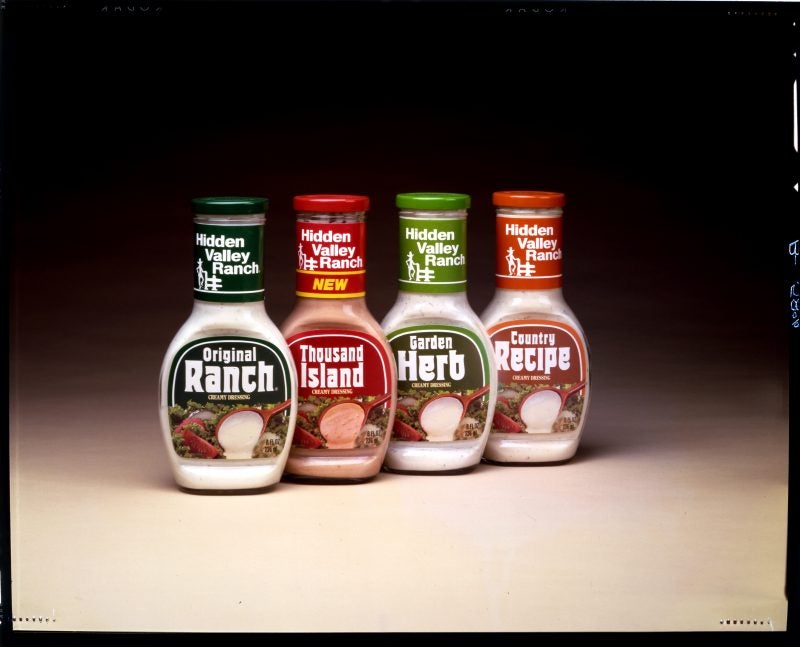 A lineup of the first bottled Hidden Valley Ranch dressings. 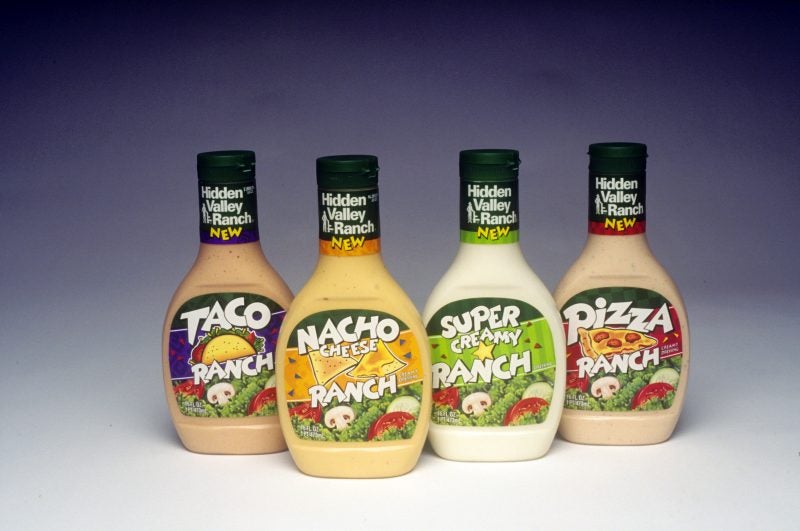 Hidden Valley Ranch tried out some wacky flavors in the 1990s.

The three formulations shown below are still in stores today. 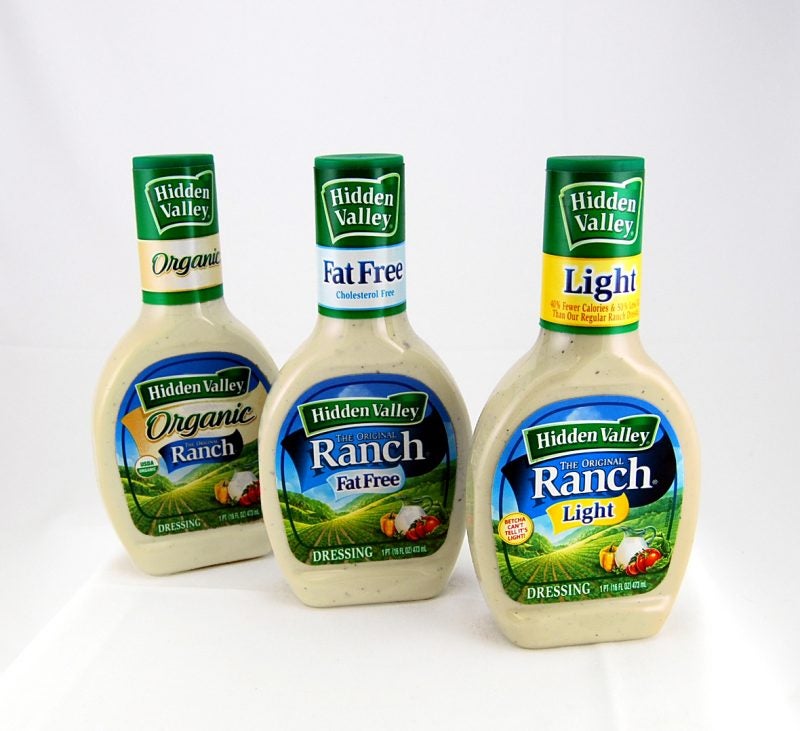 By the 2000s, consumers were looking for lower-fat and organic dressing options.

Today, ranch is a flavor rather than just a dressing or dip. We’ve got a range of popular flavors and continue to innovate to give consumers more of what they love. 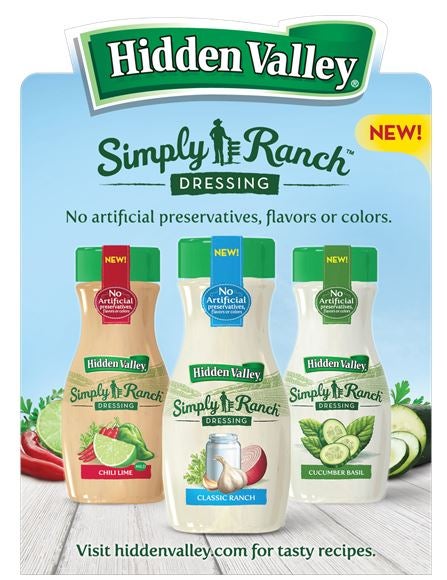 About the author: Prior to his current role, Curtis Stettler was a Product Developer in the Foods product development group for over 20 years. He developed most of the KC Masterpiece® BBQ Sauces, Marinades, and Seasonings, in addition to a few Hidden Valley® products.