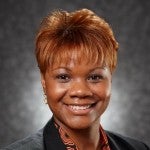 This week is International Infection Prevention Week (IIPW), which takes place the third week of October. The Association for Professionals in Infection Control and Epidemiology (APIC) leads the yearly campaign to raise awareness of the role infection prevention plays help patients, families, and healthcare professionals better understand their role in preventing infections.

1) The use of antibiotics, both appropriate and inappropriate; which in turn is driving resistance.

2) The increased demand for animal protein and resulting intensification of food animal production is leading to greater use of antibiotics in agriculture, again driving resistance.

In May 2015, the World Health Assembly endorsed the Global Action Plan on Antimicrobial Resistance, which calls on all countries to adopt national strategies within two years.² In the United States, the White House Forum on Antibiotic Stewardship was a major milestone in the fight against the threat of antibiotic resistance; a national strategy for Combating Antibiotic-Resistant Bacteria. From that historic meeting in June 2015, numerous healthcare organizations (i.e., the Centers of Disease Control and Prevention (CDC), Infectious Diseases Society of America (IDSA) in conjunction with the Society for Healthcare Epidemiology of America (SHEA), and the American Society of Health System Pharmacists), pharmaceutical companies and food producers are working together as a nation to improve the use of antibiotics for patient safety over the next five years. For example, one infection control recommendation from the CDC; all acute care hospitals implement seven core elements of ASPs³; which are the following:

However, the patterns of which bacteria are resistant to specific antibiotics differ regionally and by country, mirroring patterns of infectious disease and antibiotic use. The CDC estimates that antibiotic resistance is responsible for more than 2 million infections and 23,000 deaths each year in the United States, at a direct cost of $20 billion and additional productivity losses of $35 billion.4 In Europe, an estimated 25,000 deaths are attributable to antibiotic-resistant infections, costing €1.5 billion annually in direct and indirect costs.5 Between 2000 and 2010, total global antibiotic consumption grew by more than 30 percent, from approximately 50 billion to 70 billion standard units, based on data from 71 countries, including most high-population countries.6

The Center for Disease Dynamics, Economics and Policy (CDDEP) released an 80-page document on the “State of the World’s Antibiotics 2015: Global Antibiotic Resistance Partnership (GARP)” in collaboration with numerous countries: Australia, Canada, Europe, New Zealand, Thailand, South Africa, India, the US and Vietnam. This executive summary reports the status of this important global resource and provides critical policy analysis on three issues¹:

Antibiotic resistance is a global problem, but antibiotic use has its greatest effects locally. It is in every country’s self-interest — for the health of its own population — to prolong antibiotic effectiveness.¹ The evidence in this report, documenting the seriousness of the problem and offering a successful approach to country-level action, supports both the urgency and the feasibility of making progress in conserving antibiotic effectiveness.¹