Bottle collecting has become an increasingly popular hobby among antique lovers in the United States, and this extends to many types of modern and “collectible” bottles — bottles not old enough to qualify as antiques, such as early Clorox liquid bleach bottles.

Because people frequently write to us asking about the old Clorox liquid bleach bottles they’ve acquired, we’ve prepared this online guide to help collectors determine the approximate age of different Clorox bottles used over the years. Our company places no value on these bottles, nor do we wish to purchase old bleach bottles.

We began to shift to plastic bottles in 1960.

From the days of the crockery jug until 1940, we used cork-style rubber stoppers on standard Clorox bleach amber glass bottles. In 1940, we introduced a screw cap, similar to the one we use today. These more modern screw-cap bottles are easily identifiable by their threaded necks vs. the smooth finish, cork-style necks of earlier Clorox bottles.

Height and content capacity is another way to determine the vintage of Clorox bottles. Until 1933, the Clorox “pint” contained 15 ounces and measured 7-10/16″ in height. In 1933, the 15 ounce “pint” became a true pint — 16 ounces — measuring 7-14/16″ in height. Through the years, the quart bottle also experienced various changes in height and width, though it always contained 32 ounces.

Clorox liquid bleach was initially offered in five-gallon crockery jugs because it was used exclusively by industrial concerns, such as laundries, breweries, walnut bleachers and municipal water companies. This product was delivered by horse and wagon to various customers in the San Francisco Bay Area for use as a bleach, stain remover, deodorant and disinfectant.

Starting in 1918, the Electro-Alkaline Co., forerunner of The Clorox Company, introduced Clorox bleach to American households in 15-ounce amber glass “pint” bottles. From 1918 through 1928, other companies used identical “pint” bottles for a variety of liquid products. Consequently, it’s virtually impossible to tell which of these bottles contained Clorox and which contained other products unless the bottles still have their paper labels.

After 1928, our glass bottles can be distinguished by various characteristics. The following tips and illustrations point out variations in style, markings, lettering, glass texture and handles, and together serve as a guide in determining the approximate vintage of early Clorox bottles. 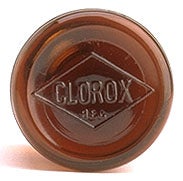 Solid lettering on neck and shoulder. 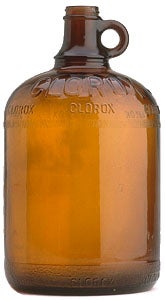 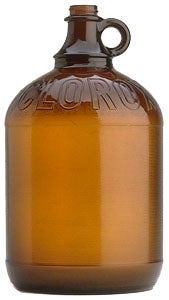 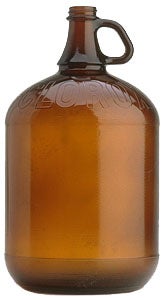 Grained texture on shoulder and heel only. Neck style changes. 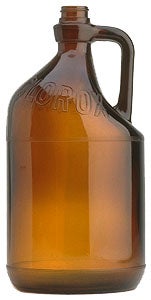 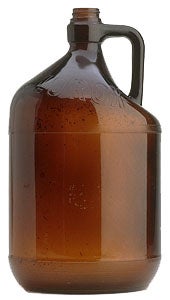 Through the years, other styles of Clorox bleach bottles were considered by The Clorox Company. None of these ever reached full national distribution because they failed to meet Clorox’s exacting packaging standards.

However, some were distributed as test market or sample bottles. Consequently, collectors may occasionally come across a Clorox bottle not included in this guide.

Two of the most common odd Clorox bottles are the 1960 half-pint bottle and the 1957 quart bottle.