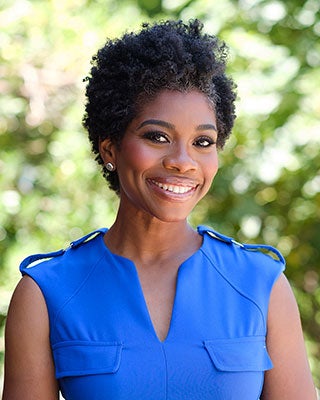 Shanique Bonelli-Moore is chief diversity and social impact officer of The Clorox Company, a role she assumed in July 2022. In this role, she leads all inclusion, diversity, equity and allyship (IDEA) initiatives. She also guides the strategy and execution of The Clorox Company Foundation’s charitable giving and employee community engagement programs.

Bonelli-Moore joined Clorox from United Talent Agency, where she served as executive director of inclusion. In this role she spearheaded the company’s efforts to model inclusion across the entertainment industry. She joined UTA in 2018 to lead internal communications before she was tapped to spearhead their inclusion efforts. In her role, she helped guide UTA’s early efforts to build a thriving diversity and inclusion program and helped advance the creation of the department she went on to direct.

Before UTA, Bonelli-Moore held positions at BuzzFeed, Anheuser-Busch InBev, NBCUniversal and GE, where she focused on corporate communications, diversity, inclusion and belonging. She is a business- and growth-oriented leader who is committed to uniting employees, bridging interests and identities, fostering career development and enhancing global community building. She is also the founder of Girlfriends Retreat, a lifestyle brand and community that centers women while celebrating the transformative power of friendships.