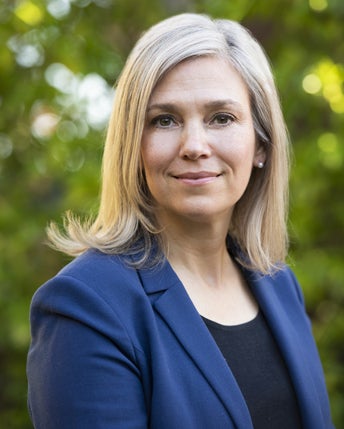 Angela Hilt was named senior vice president and chief legal officer of The Clorox Company in December 2020. In this role, she oversees worldwide legal, ethics and compliance, corporate secretary, government affairs and internal audit matters. At that time, she also became a member of the Clorox Executive Committee.

During 15 years with the company, Hilt has served in various positions of increasing responsibility. Prior to her current role, she was vice president, corporate secretary and deputy general counsel. In that role, she had responsibility for legal support of mergers and acquisitions, securities law and corporate finance, as well as for corporate governance and leading the company’s stockholder engagement program. Her prior roles included overseeing legal matters for the company’s International Division and the company’s Specialty and Cleaning divisions.

Hilt holds a law degree from the University of Michigan Law School and a Bachelor of Arts degree in economics from Stanford University.