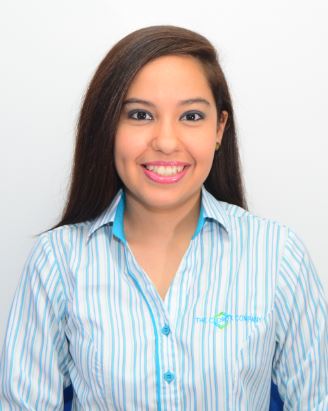 Claudia Sellers works for The Clorox Company in Guayaquil, Ecuador. Following is her first-hand account of the devastating 7.8 magnitude earthquake that hit Ecuador April 16, and its aftermath. The earthquake killed more than 650 people and injured more than 16,600. The cost of the damage is expected to exceed $3 billion.

By Claudia Sellers, administrative assistant for The Clorox Company in Ecuador

I thought I would not survive.

Saturday night, April 16, was one of the most horrible nights of my life. I thought I would die.

I was at a mall with a girlfriend; it was crowded. My girlfriend and I decided to go to the food court, and while we ate, we felt the floor move. At first, we weren’t afraid because we knew this was an earthquake-resistant building that frequently moves when heavy vehicles pass. When we realized that the movement was increasing, we stood up. Around us, people began shouting and praying. I looked for the nearest emergency exit and noticed part of the food court structure collapsing. 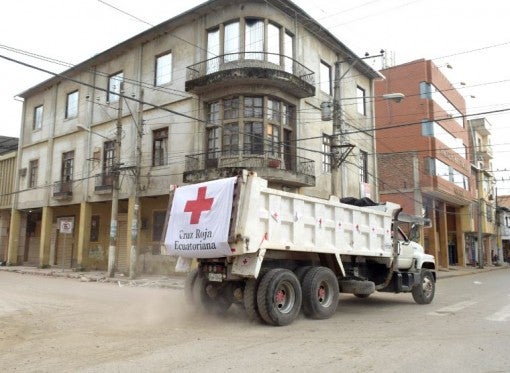 As my friend and I departed the mall, people were screaming, crying, calling their families. In the middle of all that chaos, the electricity went off. Minutes later, we realized that the electricity was out in the entire city.
Once outside, I tried to reach my family, but the cellular signal was very poor. When I could finally talk to my parents, my mother told me that my brother was in another mall where much of the building had collapsed. They were calling him, but nobody answered the phone. I felt desperate and anguished. After a long time, we finally reached my brother. When I heard his voice, my soul returned to my body. My brother left the mall without injury, but others weren’t so lucky. 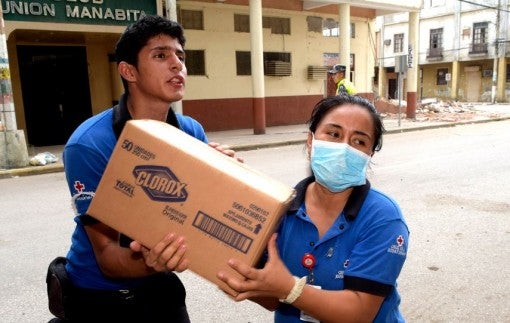 The epicenter of the quake was not in Guayaquil, where I live. It was in the provinces of Manabí and Esmeraldas (about 100 miles away). According to official information, the earthquake hit Guayaquil with one-third of the intensity that was felt in the epicenter. I feel deep sorrow for the hundreds of dead, for entire families, children and animals who have died. I put myself in the place of survivors and I share their pain of having lost everything — their families, their homes, their businesses that had been built with their hard work. That area of my country is in ruins, and it is heartbreaking to see the scenes of what our Ecuadorian brothers and sisters are living.

Those affected by the earthquake need help and all of Ecuador and the International community has come together to lend a hand. I have been doing my part. Since the day after the earthquake I have been helping to assemble survivors’ kits for those who have lost everything. I also have donated everything that I could. Everybody has done the same. It’s amazing to see how everyone comes together to help those in need. 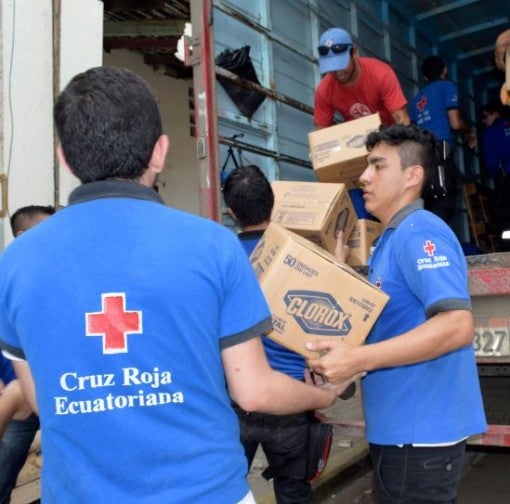 I am so proud that my company, Clorox, has come to the aid of Ecuador. Clorox has donated 5,650 cases of Clorox® liquid bleach to the Red Cross (Cruz Roja) and the Ecuador Ministry of Health.

What is needed most is water, food, hygiene and disinfection products like bleach, mattresses to sleep on because people are sleeping on the streets, tents — but the most important thing for survivors is to know that there are generous people who think about them and will continue to support them until they can rebuild their lives. This won’t happen in the short term, and I am committed — as we all should be — to be with them on this long road that we must travel together. 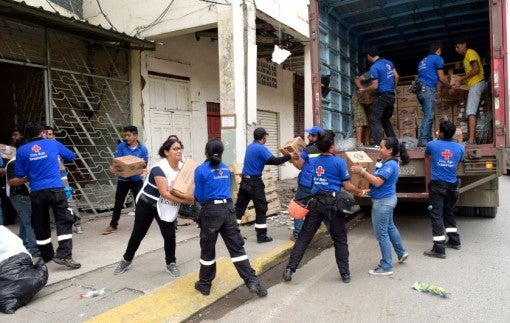 If you would like to donate to support Ecuador, here are some nonprofits doing active relief on the ground there:

Clorox employees in the U.S. and Canada can also donate through our GIFT campaign and have their donations matched dollar-for-dollar by The Clorox Company. 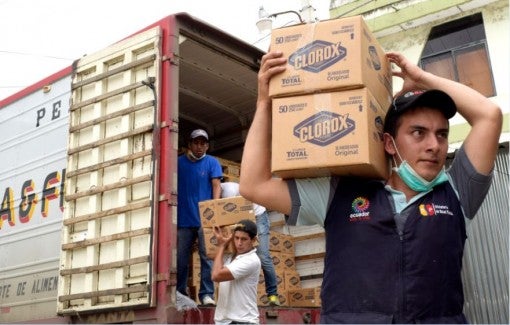