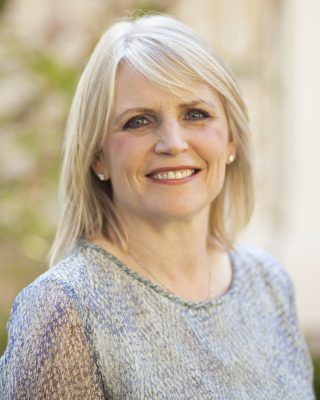 Previously, Stein was senior vice president – general counsel of the H.J. Heinz Company, a member of the Heinz senior management committee, a director of the H.J. Heinz Company Foundation and president of the Heinz women’s group, among other responsibilities. Before her tenure at Heinz, she served as an assistant general counsel – regulatory affairs at Clorox and a corporate lawyer with Morrison & Foerster in San Francisco and Hong Kong.

Throughout her career, Stein has served on many boards and been active in professional organizations. She currently is a director of Franklin Resources Inc. (a global investment organization known as Franklin Templeton Investments) and Canadian National Railway Company (CN, a North American transportation company) and was previously a director of Nash Finch Company (a large food distributor). She is co-chair of the Corporate Pro Bono Advisory Board and is on the board of Equal Justice Works, the Leadership Council on Legal Diversity, the Harvard Law School Program on the Future of the Legal Profession and the International Association of Women Judges. She is a member of the American Law Institute Council and the executive committee of the Association of General Counsel. Previously, Stein was chair of the Association of Corporate Counsel, the Association of General Counsel, the ABA Commission on Domestic Violence, the ABA Asia Rule of Law Initiative and Equal Justice Works; vice-chair of the East Bay Community Law Center; co-chair of the General Counsel Committee of the ABA Business Law Section; and a director of Global Education Partnership, the ABA Rule of Law Initiative and the Pittsburgh Ballet Theater. She previously served on the advisory boards of ABA DirectWomen, the ABA Center for Human Rights, and the LexMundi Foundation, and on the State Bar of California Task Force on Lawyer Support for Legal Services, the ABA Section of International Law Council and the ABA Presidential Task Force on the Preservation of Justice. Stein previously participated in the Diversity and Flexibility Connection of the Project for Attorney Retention.

Stein’s work has been recognized by numerous organizations. She has received the ABA Margaret Brent Award, the Legal Momentum Women of Achievement Award, the Sandra Day O’Connor Board Excellence Award, the Ted Craig Humanitarian Award and the Corporate Board Member America’s Top General Counsel Recognition Award. The National Law Journal has named Stein as one of the 20 most influential general counsel in America. The Harvard Law Bulletin has highlighted her as one of 50 alumnae who “have used their law degree to take them to extraordinary places.” She has also been named one of the Bay Area’s Most Influential Women in Business by the San Francisco Business Times and one of Pennsylvania’s Best Women in Business by Pennsylvania’s governor.

Stein received her J.D. from Harvard Law School and is a graduate of Dartmouth College, where she earned undergraduate and master’s degrees. She speaks six languages and has lived in China and Italy.